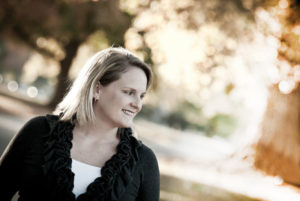 Holly Dunn Pendleton is a survivor, a motivator, and a tribute to the human spirit!

The victim of a violent physical and sexual assault and witness to her boyfriend’s murder, Holly has become a beacon of hope and inspiration to many.
Miraculously living to tell her story, Holly motivates others to reclaim their lives after assault, and to help her community build a network of healing and outreach. Holly’s passion to advocate for other victims of violence is extraordinary, and it is this passion that has allowed her and organizations that she is a part of to reach so many people.

Holly’s work includes being the spokesperson for Holly’s House a local sexual abuse and domestic violence advocacy center which she co-founded in her hometown of Evansville, IN. That passion later evolved into her current full-time work as a motivational speaker and trainer, using her own experience and uplifting message to inspire and enlighten.

Included in Holly’s long list of awards and accomplishments are: 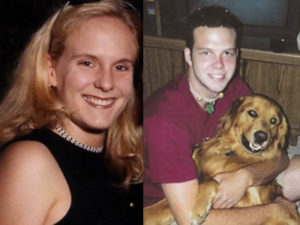 On August 29, 1997, Holly Dunn and her boyfriend Chris Maier were enjoying an evening close to the campus of the University of Kentucky. Engaged in conversation alongside a railway line, the two began to walk back toward a party they had attended earlier in the evening when suddenly they were approached by a man with a weapon resembling a screwdriver or ice pick.


The stranger, later identified as an illegal immigrant of Mexico named Angel Maturino Resendiz, would not accept their pleas to take their money and spare them harm. Instead, he viscously attacked them, first by tying their hands and feet and ordering them face down on the ground. Holly helplessly watched as her boyfriend Chris was struck first by Resendiz with a 50lb rock, gruesomely taking his young life. Once the killer finished with Chris, he began attacking Holly. Resendiz stabbed Holly, raped her, then repeatedly beat her with a wood object both in the face and on the back of her head. Leaving her unconscious, Resendiz fled the scene.

Holly Dunn regained consciousness, and miraculously gained enough strength to walk to a nearby street for help. Having been left for dead, Holly narrowly escaped her attacker’s intentions and found a home from which to seek help. In the home near the scene of the attack, at 2:49am, a man assisted Holly and called 911. She was taken to the University of Kentucky hospital where she stayed for five days, sadly missing Chris’ funeral and wrought with post-traumatic distress. Holly suffered a broken jaw, which left her mouth wired shut for a month, a broken eye socket, and numerous cuts to her face and head. But much more than physical harm, Holly’s life was changed forever. Watch more about this event in the 48 Hours – Live to Tell featuring Holly’s story.
Holly understands that she may always be in the healing process from this dark day in 1997. However, she is determined to grow from the experience by educating others to hopefully avoid such an ordeal.
Book Holly To Speak At Your Event